Born, August 6, 1939 in Huntingburg, Indiana
Birth name was Judy Enlow.  She attended school there until her step father, Carl Reese (who was career military) was moved to California where she graduated from high school.  College plans were put on hold in 1956 when they moved again to Okinawa.  She got a job in Okinawa.
Dec. 7, 1957   Married Leo H. Bender in Okinawa where he was stationed
1958 - 1978   Moved to Mississippi where Joel was born…   To Arizona where Mark, Paul and Julie were born…Leo was sent to Vietnam and Judy and 4 children moved to California and lived near Judy’s relatives…Moved to Alaska…Moved to Mississippi where Tim was born…Moved to Alaska and finally in 1978, to Nebraska where Leo retired from the military.  During these many transfers, Judy volunteered with the Red Cross and worked on many projects with other military wives.  And, of course, somehow balanced being a wife and mother to 4 children.
1978  due to Leo’s parents failing health, they moved to Broadview Heights and bought the family home
1985  Judy became First Lady of Broadview Heights
1985-2003 – Judy worked at the Cuyahoga County Juvenile Court – also worked at Reagan Communications – she volunteered with many organizations including Assumption Church, Worked for the formation of The Broadview Heights Historical Society where she held office as Trustee and gave many volunteer hours helping to raise money and promote events, the Red Cross and many other organizations. In 1986 she organized the Fun Days and Statue of Liberty Committee celebration. In 1988 she ran for Ohio State Senate. In 1991 she was President of the Broadview Heights Democratic Club. In 1993 she was Chairperson of the Memorial Day Parade – 2001 Chaired the Proud of our Heritage Day. 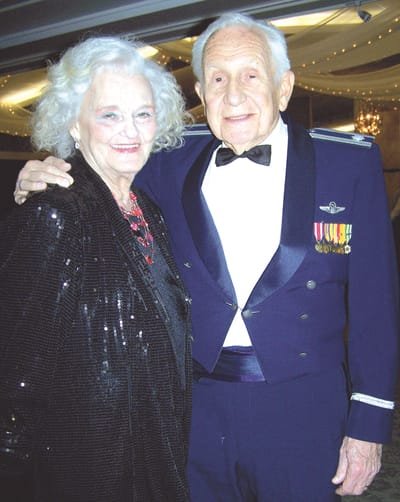